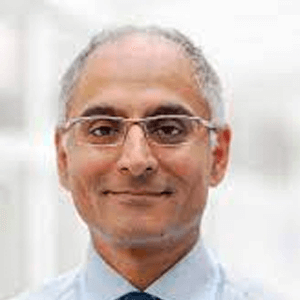 Dr. Sanjay Prasad ran the Virgin London Marathon in 2016 to raise money for the Alexander Jansons Foundation, an organisation which was set up to fund research conducted by the Royal Brompton Hospital into causes, prevention and cures for Myocarditis.¹ He is also a musician and used to play in a jazz band.

Academic History
Dr. Prasad studied for his medical degree at the University of Wales in Cardiff, graduating in 1990 with a Bachelor of Medicine, Bachelor of Surgery. Following this, he studied at Harvard University in Boston, Massachusetts from 1991 to 1993 and then at Hospital Cantonal in Geneva, Switzerland the following year.

Career Overview
Dr. Prasad’s primary field of interest is myocarditis and cardiomyopathy, and the use of MRI in early detection and diagnosis.² He is on the editorial board for the Journal of Cardiovascular Magnetic Resonance, a journal that produces articles on all aspects of basic, translational and clinical research on the design, development, manufacturing, and evaluation of cardiovascular magnetic resonance (CMR) methods applied to the cardiovascular system.³ He is also a member of the International Myocarditis Consensus Panel and is part of the Fulbright Selection Committee.

Dr. Prasad currently serves as the theme lead for advanced heart failure in the cardiovascular biomedical research unit at the Royal Brompton Hospital in London, and practices as a consultant in non-invasive cardiology at the hospital.⁴ He is also an honorary senior lecturer at the National Heart & Lung Institute at Imperial College London and, in September 2019, was promoted to Professor of Cardiomyopathy. Furthermore, Dr. Prasad has been listed as a sports cardiologist speaker by the English Football Association (FA) on their website.

A recent clinical trial, whereby Dr. Prasad was the principal investigator, exhibited the use of his knowledge and skills across all areas of his major interests, as well as combining the resources of both the Royal Brompton Hospital and Imperial College London. The result of the trial highlighted the need for lifelong medication for dilated cardiomyopathy; even for patients who had shown remission. Following the trial, Dr. Prasad stated that, “…the study is already having an impact on how patients are managed.” Some of the research that Dr. Prasad focuses on also involves determining the timing of intervention for patients with aortic stenosis.⁵

Career Timeline
1990: Graduated with an MBChB from the University of Wales
1993: Graduated from Harvard University, Massachusetts
1994: Studied at Hospital Cantonal in Geneva, Switzerland
Current: Professor of Cardiomyopathy at Imperial College London
Current: Consultant in non-invasive cardiology at the Royal Brompton Hospital, London
Current: sports cardiologist speaker for the English Football Association
Current: member of the International Myocarditis Consensus Panel and the Fulbright Selection Committee
Current: editorial board for the Journal of Cardiovascular Magnetic Resonance
Recognition
Dr. Prasad makes regular appearances on various cardiology media platforms and was interviewed by the BBC in 2017, where he discussed new research conducted by the Royal Brompton & Harefield NHS Foundation Trust focusing on carriers of a faulty heart gene.⁶ 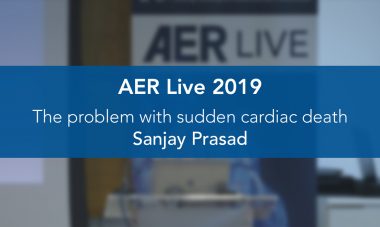 The Problem With Sudden Cardiac Death