ICD Shock Therapy: What Is The Cause?

Disclosure: The author has no conflict of interests to declare.

A remote alert was received from a 65-year-old male with a primary prevention dual chamber implantable cardioverter-defibrillator (ICD) for ‘shock delivered for an episode’. Previous medical history included an ischaemic cardiomyopathy and paroxysmal atrial fibrillation. Figure 1 displays the electrogram (EGM) at the time of the episode. There was a single ventricular fibrillation (VF) therapy zone, programmed with a rate cut off at 200 bpm with 30/40 second intervals to detection.

Figure 1: The recorded EGM at the time of the ICD shock therapy. 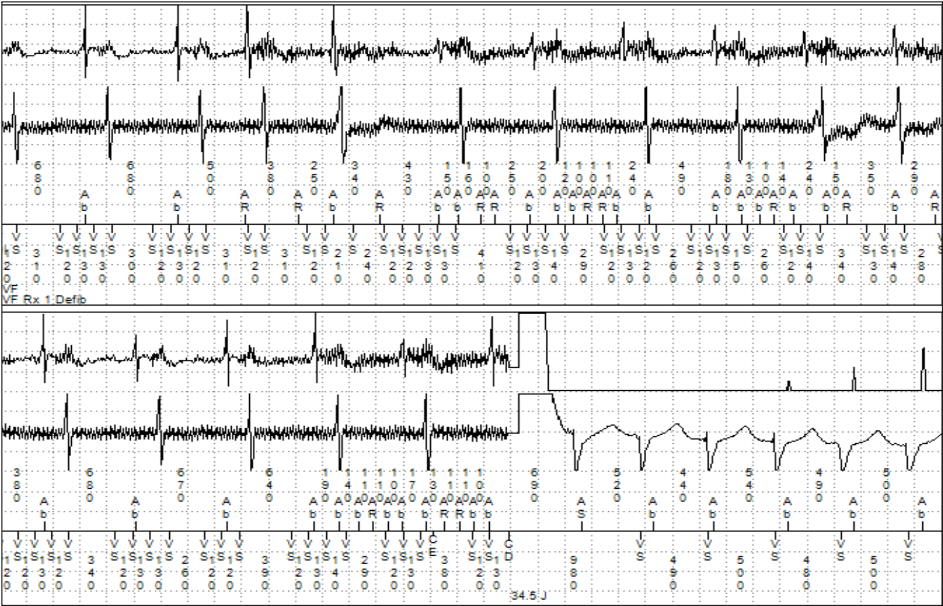 What is the diagnosis?

The EGM in Figure 1 displays oversensing of the 50 Hz current leak from an external source. The artefact is repetitive, of high frequency and is clearly seen in both the atrial and ventricular channels, with marker intervals recording sensed events at non-physiological intervals.

The episode was discussed with the patient who described no symptoms prior to the shock. He explained that he was cleaning a submersed pond pump of weed, when he had a sudden shock across his chest. His hands were in the water at the time of the episode and it is likely that a current leak from the pump was conducted through the water, passed through the patient’s chest, which was detected by the ICD sensing circuit, resulting in the shock.

The patient was advised to have an electrician check the pond pump circuitry before attempting to clean the pump again and as a further precaution, he was told to unplug the pump from the mains before working on the system again.

Inappropriate shocks from EMI are infrequently seen but are a known risk to patients with ICDs. Case reports have described their occurrence in several settings, including faulty or poorly earthed submerged pond pumps,1,2 alternating-current (AC) leaks from faulty appliances,3 swimming pools4 and jacuzzi’s.5

For physicians involved in ICD follow up, it is important to recognise an EMI artefact on an EGM trace. The artefact is usually repetitive and of a high rate. This is seen as 50 Hz in the UK and 60 Hz in the US.

EMI is often visible simultaneously on all channels, with a greater amplitude on far field EGMs compared to near field EGM’s. However, it may also be seen as only present on the atrial channel, with atrial leads shown to be more susceptible to EMI.6

If EMI is suspected, careful questioning of the patient, their activities and possible electrical items being used at the time of stored episodes or a shock event is required to help determine whether EMI is the likely source of artefact.

When advice is provided to patients with respect to equipment which may or may not interact with their ICD, it may be worth reminding patients that poorly maintained equipment, self-installed electrical systems and water based electrical equipment pose a greater potential risk of interactions, including inappropriate ICD therapies.

Co-published with thanks to the British Heart Rhythm Society.

This content is owned by the British Heart Rhythm Society. Permission to reproduce this content must be requested from the rights-holder directly. 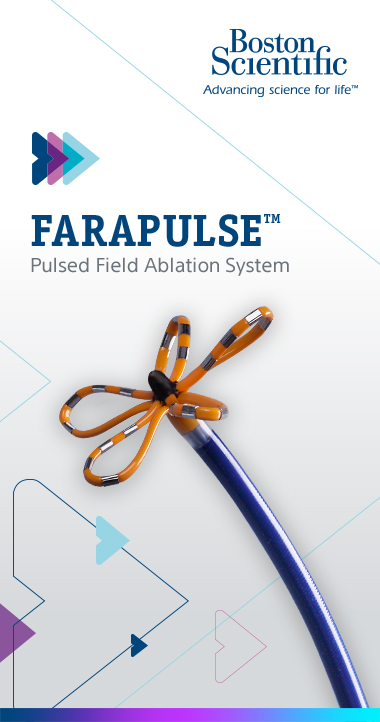