Results suggest that PVA was achieved in both cohorts, with no significant differences between the techniques.

Hello, my name is José Luis Merino. I am working in La Paz University Hospital, in cardiac electrophysiology. So, I’m heavily involved mostly in ablation, but, also in other kinds of procedures. Okay, the aim of the POWER-FAST III Trial was twofold, because we tried first, to prove that high-power, short-duration (HPSD) (ablation) was safe, or at least as safe as a conventional approach. And the second was, that we tried to prove that HPSD may result in better efficacy in talking about less AFib recurrences, or atrial arrhythmia recurrences at one year, follow-up. Always compared with a conventional way of doing RF application.

Yeah, the study design and patients that we enrolled in the trial is simple. We enrolled patients with both, or either, persistent, or paroxysmal atrial fibrillation. There were no significant exclusion criteria for prior AFib ablation or recent cardiac surgery, for example, among others. And then, the design of the study was also simple. We randomised one-to-one patients to both arms, conventional or hyper circulation RF application, and there, a patient undergo ablation, and the following day, they had an oesophageal endoscopy taken. Then, patients were followed for one year with both onsite visits, on-demand visits, in case they have symptoms and daily ECG transmissions. That is one of the strengths of this study.

Although, here in the EHRA congress, we just presented the acute results of safety and acute efficacy results.

The main findings in this study were first, as I said, we have to consider the aims. So, safety in one side, and efficacy. In terms of efficacy, we found that PVI was of course achieved with both techniques in almost all patients in all veins, with no differences between the two groups. In terms of first-pass isolation, surprisingly, we found that it was more easily achieved with the conventional approach than with high-power, short-duration.

In other efficacy or procedural-related endpoints like procedural duration and fluoroscopy, for example, there were no significant difference between the two groups. In terms of safety, we found no differences in oesophageal damage. It was quite similar, around 6% in both groups. And, in other complications again, there were no differences between the two arms. Although, we had a slightly trend towards a more tamponade and more systemic embolism in the high-power, short-duration arm.

The main take-home message is that in both techniques, HPSD can be done in terms of efficacy. In terms of oesophageal damage, it appears to be safe. It was one of the concerns, by using this technique in the posterior wall of the left atrium. But still, there are pending issues like this trend of potential complications that need to be clarified, probably with more research and other trials. Yes, we’re in the process, first off because we were presenting acute results. So, now we need to wait until we have the follow-up. So, in order to see if these results in at least similar recurrences, but it maybe that we find less or even more, because maybe this technique is very fast but produce less deep lesions. So, we have to wait for that. In addition to that, I think that we need to further explore the safety of the procedure, especially not the oesophageal, that appears to be safe, but the temporary risk and the embolic risk. 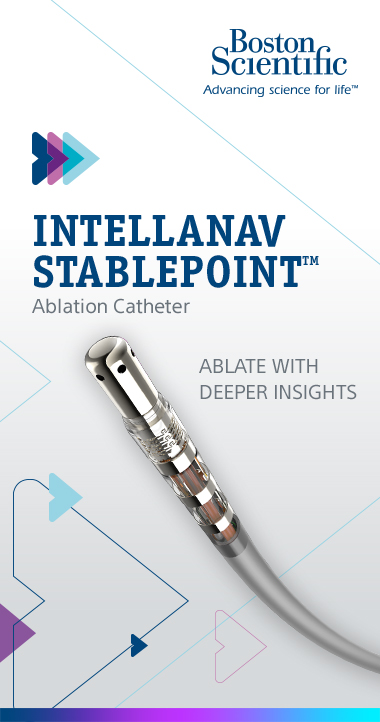